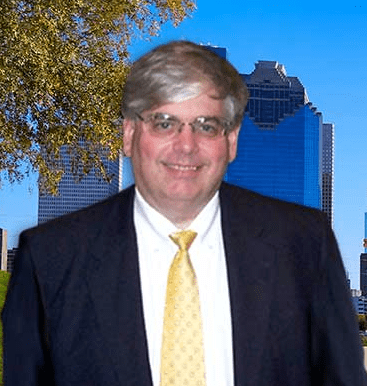 For about 40 years, David Willis has specialized in representing people who have lost loved ones in wrongful death claims. His life’s purpose is to ease the suffering caused by a family death. He recognizes that the law will not be able to repair emotional wounds or physical agony, but it can give support and stability in the future. It is one of his greatest privileges in life to assist individuals who have been harmed due to the negligence of others.

Board Certification Shows Experience and Skill

David’s clients are in desperate need of assistance. They require a lawyer who devotes himself to honing his skill. That’s why he took on the difficult task of becoming board certified. Lawyers, unlike physicians, do not required to be board certified in a certain field. Obtaining and maintaining board certification takes a great deal of effort. Most attorneys won’t be able to take the test if they don’t satisfy the prerequisites. That’s why, out of more than 90,000 lawyers in Texas, only around 1,300 are board-certified personal injury lawyers. A lawyer must meet the following requirements in order to sit for the certification exam:

After completing these difficult goals, David had to pass a test that most attorneys think is more difficult than the bar exam in order to become a board-certified personal injury attorney. However, board certification is not a one-time event. Every five years, David must recertify. As a result, he must keep up with changes in personal injury legislation. When you hire a board-certified lawyer, you’re getting a professional at the top in his field. Because matters are handled on a contingency basis, it doesn’t cost any more than engaging a lawyer without a certification.

What others say about David Willis

David’s clients appreciate his experience and service. People say the following about their experience with David as a lawyer.

“After I got seriously injured I felt lost and helpless. My father suggested I call Attorney Willis to help. His legal staff was amazing. Extremely patient and always called back when they promised. They were always available for me and helped push my case along fairly quickly. I highly recommend them to anyone I know.”

“As a trial lawyer & former Texas Judge, when my own daughter got seriously injured, I thought of no other lawyer to call to handle my daughter’s injury case except David Willis.”

David has pursued lawsuits that have impacted his clients’ industry and lives. The following are some of the industry-changing litigation David has undertaken.

Mr. Willis and his personal injury law firm are committed to representing seriously injured people and their families. Mr. Willis was born and raised in Waco, Texas. He graduated from Baylor University in 1978 and then went on to graduate from the South Texas College of Law in 1982.

Later in 1983, Mr. Willis was chosen to serve as a Briefing Attorney on the Supreme Court of Texas for the Honorable Robert M. Campbell in Austin, Texas. After finishing his judicial clerkship, he began to practice plaintiff’s personal injury law in Houston in 1984. After numerous jury trials, he studied and passed the state board requirements to be recognized as a Board Certified in Personal injury Trial Lawyer and then founded the personal injury law firm of Willis & Associates.

“My law firm is committed to representing individuals and families who have been the victims of a wrongful death or serious personal injury. Although monetary compensation will not bring back a loved one and cannot begin to heal the emotional hurt, sorrow or grief, it can help in many cases to relieve some of the economic stress, fear and hardship associated with the loss of a loved one. Once hired, we can also help take some worry and pressure off of the grieving family and act as a buffer to intruders into your privacy.

We deal with the investigating officers, wrecker services, car storage, insurance adjusters, insurance investigators. We also interview witnesses, hire needed experts to professionally photograph and inspect the scene preserve evidence and prepare the case for trial and are always available to talk to you along the way.

If you would like to know more, call us.