Survival actions are legal claims that survive past the victim’s life. They seek to compensate the estate of the person who died. In effect, a survival action takes the place of what would have been a personal injury lawsuit by the injured person if they had survived and had been able to file that lawsuit. After their death, a lawsuit or claim for these damages is a survival action.

Cases of wrongful death occur when someone dies because of the reckless, negligent, or malicious behavior of another. A wrongful death claim and a survival action are two distinct types of proceedings that may be taken in these situations. The estate of a person who died from someone’s negligence can file what is known as a survival action.

What is a Survival Action?

If a survival action is successful, the deceased’s injuries up until the moment of their death will be compensated. This can include:

A survival action allows the estate to seek damages for the pain, suffering, and mental anguish that the deceased person had after the injury but before dying, along with damages from such things as medical bills or lost earnings due to the injury, but before death.

In general, if there was a considerable amount of time between when the individual was injured and when they passed away, survival actions can have significant damages. For example, if a victim of a car accident dies on impact, the amount of the survival action compensation may not be very high. A survival action will probably result in extra compensation if the victim lives but suffers from their injuries for months before they pass away.

While a survival action generally is limited to costs to a decedent before death, it also can seek post-death funeral and burial expenses if they are not a part of a separate wrongful death claim.

Both claims can be filed for the same person’s death. A survival action, if taken, is customarily filed at the same time as a wrongful death claim. 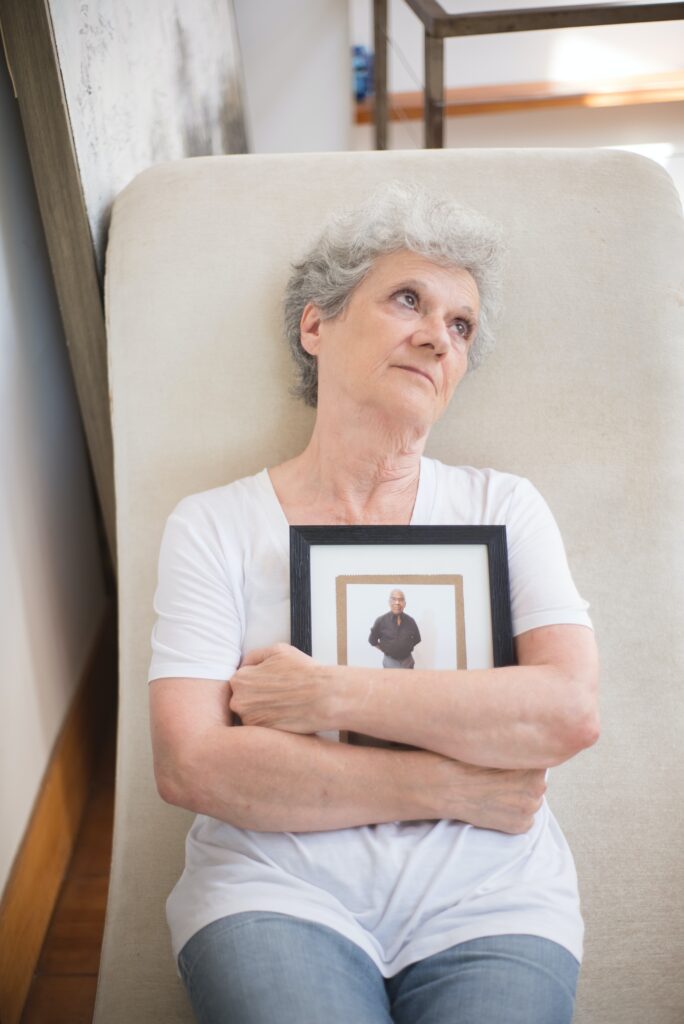 Is a Survival Action Part of a Wrongful Death Claim?

These are separate claims. But both can be filed for the same person’s death, and they can be filed simultaneously.

A survival action is not part of a wrongful death claim, but it can be made in addition to a wrongful death lawsuit if it is brought by the deceased person’s estate, handled by the estate’s executor or heirs.

Who Can Bring a Survival Action?

Survival actions and wrongful death lawsuits are very similar but are governed by separate laws, and those laws can vary from state to state.

As a general rule, individual survivors of a person cannot file or bring a survival legal action. Rather, only the estate of the deceased person — of which survivors may be a part — can bring such an action on behalf of the decedent.

The survival statute in Texas allows for a personal injury action to ‘survive’ the victim. Under the Texas Survival Statute, heirs of the deceased person, and not just the executor of the estate, can bring a personal injury lawsuit over the injury that the decedent suffered which led to their death. Even so, any award granted in court for such a survival claim goes not to survivors but to the estate of the deceased person, and it is then divided and distributed among survivors or beneficiaries following the will.

By contrast, in a wrongful death lawsuit in Texas brought by the decedent’s survivors or estate, any award granted in court is divided appropriately and goes directly to the surviving spouse, children, or parents, without being dispersed through the dead person’s estate.

Who are Defendants in Survival Actions?

A defendant may be an individual, a business, or some other entity. That can include a drunk driver who caused a fatal car accident, a company that manufactured or sold a defective drug or medical device, a business that failed to safeguard its employees, a physician who committed medical malpractice, or someone who deliberately harmed a person with injuries that led to their death.

Though such defendants can cover a wide range of individuals and businesses, the payments which a court may require them to make will likely be paid by their insurance company. Most individuals are unlikely to have enough to pay a high-dollar survival claim or wrongful death lawsuit settlement designed for survivors to recover damages.

What are the components of a survival claim?

A survival claim only applies when someone dies due to another person’s misconduct. Survival claims have the following four parts:

Note that the cause of the death need not be a factor in this personal injury claim. The family may file a survival claim based on a different incident.

An illustration of this is when James develops cancer due to a defective sleep apnea machine. James becomes ill, loses his job, and racks up enormous medical debt. Then James is killed by a drunk driver a few months later, just before he files a personal injury case over that product defect.

Even though the defective product had nothing to do with his passing, James’ family is still allowed to file a personal injury lawsuit against the manufacturer on his behalf.

The victim’s suffering before death may be reflected in a survival claim, which is tied to the victim’s cause of death. In this instance, it’s possible that James endured pain at the scene of the collision and in the hospital before passing away. The reckless driver can be sued by James’ family for James’ medical expenses and pain and suffering before death. 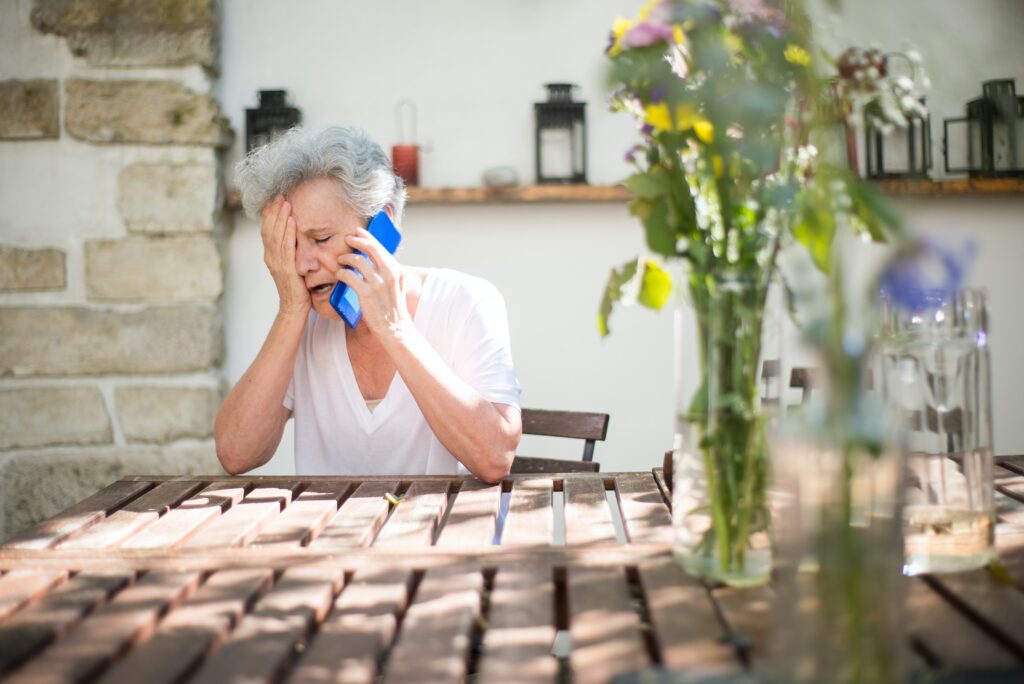 Who gets the money from a survival claim?

The proceeds of a survival lawsuit go straight to the estate because a survival action is a direct claim made by the estate on behalf of the decedent.

Federal estate taxes and inheritance taxes are applied to proceeds from survival claims. Any unpaid debts owed by the deceased can also be paid with the funds. If any money remains after paying all taxes and debts, the estate may distribute it following the decedent’s last will and testament. If the person died without a will, it will be divided according to the state laws, called “intestate succession.”

A survival claim is called that because the claim “survives” the death of the person. In some states, not all claims survive death. For instance, a survival lawsuit might not be able to seek payments to the decedent’s estate for the pain, suffering, and emotional distress of the decedent before death.

But in California, even more claims survive death. That’s because an estate in California also can seek claims for what is known as punitive damages.

Punitive damages are awarded to plaintiffs by a judge or jury to punish defendants for being grossly negligent or intentional in causing injury or death. These damages are separate from actual costs such as loss of the decedent’s wages, salary or employment benefits, such as insurance or a steadily accumulating pension.

Punitive damages could have been part of a personal injury lawsuit filed by the decedent if they had not died. In a California survival action, an estate can seek punitive payments beyond compensatory damages such as the decedent’s loss of income.

How much is a survival action worth?

These circumstances include survivors’ actual losses and expenses from the death, such as loss of ongoing financial support, as well as their emotional losses due to mental anguish, pain and suffering.

Given that the time frame is limited to the period between injury and death, a survival lawsuit can add more value if the death took a long time. But if the decedent witnessed a horrific scene of a family member being killed, or died excruciatingly, the survival action will still likely increase the claim’s value.

A survival lawsuit is not likely to bring as much money as a wrongful death lawsuit since it is focused strictly on the losses the decedent suffered in the time between an injury and their death. As noted, the longer the time between injury and death, the more money may be awarded in a survival action.

How long do you have to file a survival action?

Family members have only two years from the date of the injury to file a survival claim under the statute of limitations. This time period begins at the moment of the injury (or occasionally, the moment the individual learned they had an injury), which may have been a long time before the person passed away.

This time period can sneak up on you. If you don’t file in time, your claim is extinguished forever. So even if you aren’t prepared to make a claim, it is vital to talk with a wrongful death attorney for information on the statute of limitations.

Talk to a Lawyer About Filing a Survival Action

If your family lost a loved one due to someone else’s negligence, recklessness, misconduct, or willful infliction of an injury, you should talk to a lawyer or attorney about filing a survival action, as well as a wrongful death lawsuit. Both such claims may benefit your family financially.

While no dollar amount can fully compensate for the loss of a loved one, damages awarded in a survival legal action or a wrongful death claim can provide some compensation to surviving family members, and a sense of justice.

The Willis Law Firm has decades of experience helping the families of injured Americans claim the payments to which they were legally entitled after a wrongful death or the injury of a loved one. Contact us today for a free and private consultation, and we will provide you with free legal advice on how to proceed with your wrongful death claim or survival action by calling 1-800-883-9858.