Who can make a claim for wrongful death?

Which family members can bring a wrongful death claim?

First, we can examine which surviving family members can bring a wrongful death claim. As with most legal processes, laws on wrongful death vary from state to state. But they also can overlap. In fact, in every state such lawsuits for wrongful death can be filed by members of the deceased person’s immediate family. That would mean a victim’s spouse, children or parents, who all can be a beneficiary.

In Texas, the victim’s spouse (husband or wife), parents and children can file a wrongful death action, along with the deceased individual’s adoptive stepparents and stepchildren, who are also considered members of the family.

Keep in mind that, once adopted, an adopted child in Texas cannot file a claim for the wrongful death of a biological parent, but only for an adoptive parent. Also, a victim’s siblings — brothers and sisters – and grandparents are not allowed to file a claim for wrongful death in Texas and in some other states. However, in California a claim can be made by the deceased person’s surviving spouse or domestic partner, surviving children and grandchildren.

What is the burden of proof for wrongful death claims?

California, Texas and other states have a lower burden of proof for a wrongful death claim than is required in a criminal case.

In the civil case of a lawsuit for wrongful death, a judge or jury must be convinced that the death was at least 51 percent likely due to the defendant’s negligence or misconduct. That is known in legal terms as “a preponderance of evidence.” In a criminal case, the burden or proof is higher, that being proof “beyond a reasonable doubt” that the defendant is guilty.

That was what happened in the infamous wrongful death case of former football star and actor O.J. Simpson, who was acquitted in his criminal trial, but then lost his wrongful death trial. A jury in California awarded $35.5 million in damages to the people O.J. Simpson killed.

Wrongful death beneficiaries have a limited amount of time to file a claim. You should not wait for a criminal case to be resolved before you bring a wrongful death lawsuit. It’s vital to know the statute of limitations in your state.

Most states, including California and Texas, require that such a lawsuit be filed within two years of the date of the victim’s death. After that, the wrongful death beneficiaries may not have a legal right to file such a lawsuit. In several states the statute of limitations is only one year from the accident and in one state the filing deadline is five years.

You should talk to a wrongful death attorney about the particular facts of your case and not just depend on what one reads online. If the death was caused by a city state or governmental entity, then certain statutory notice requirements must be followed to the letter of the law. Those notice deadlines can be as short as 90 days.

If the death was caused in part by a product defect, defective condition, design or construction on a property, the statute of repose will control. Even though one may have two years under a statute of limitation, the filing deadline under the statute of repose, may require an earlier filing of a lawsuit. Again, filing a death case can be complicated and must be researched immediately, so that no deadline is missed.

How do you split damages in wrongful death settlement?

In Texas, there is no set formula or calculator for how damages can be split when a claim for wrongful death succeeds in court. However, each survivor making the claim can receive a share of the wrongful death settlement.

How that settlement is divided or distributed is up to the judge or jury in the case. But in a way it’s also up to their wrongful death attorney, since the attorney is the one who will make arguments to show the personal and financial losses suffered by each of the plaintiffs. The judge or jury then will divide payments among them given such individual needs.

On the other hand, if a wrongful death settlement is reached out of court between the survivors (plaintiffs) and the defendant in the lawsuit, the plaintiffs can decide among themselves about the distribution of funds, or how financial recovery will be apportioned. An out-of-court settlement also can lead to a faster and less costly legal process, with no need for a trial beyond a certain point after the lawsuit is filed. 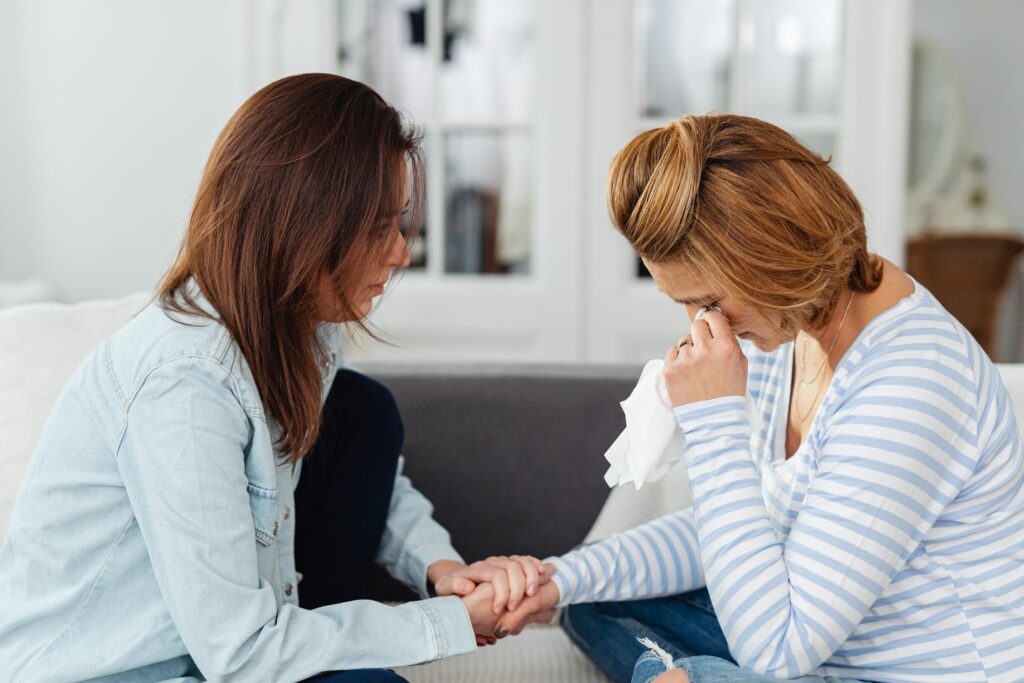 How much money can you get from a wrongful death lawsuit?

There is no set rule by law in Texas indicating the precise amounts awarded in a wrongful death lawsuit. Other states do have laws dividing the proceeds from a wrongful death. Also, such money will vary from case to case depending on the individual circumstances of each case.

For instance, if a man was the sole earner in his family and suffered a wrongful death at 40 years of age, a court could calculate his expected future earnings had he lived to retirement age and that would be part of the financial settlement. A court also may decide that children or minors have more need for financial security than adults.

A court also can calculate more subjective compensation based on the personal emotional loss of a loved one. For a spouse, these payments address what’s known as loss of consortium damages. For other survivors, they involve awarding compensation based on the family members’ mental anguish, pain and suffering. Funeral expenses, lost wages in past and future, past medical bills, lost of retirement benefits, and many more types of damages may be available under the law.

No dollar amount can compensate for the loss of love, companionship and emotional support when a loved one dies. But dollar amounts are awarded to make up for the loss to some degree and help grieving survivors to recover.

Again you may ask, how much money might a wrongful death settlement bring? In general, wrongful death claims, when they succeed via a court ruling or an out-of-court settlement, can bring awards of $500,000 to $100 million. Your claim could be more or less of those amounts, depending on the individual nature of the case, the amount of money the defendant can pay, and the facts of how the fatality occurred. 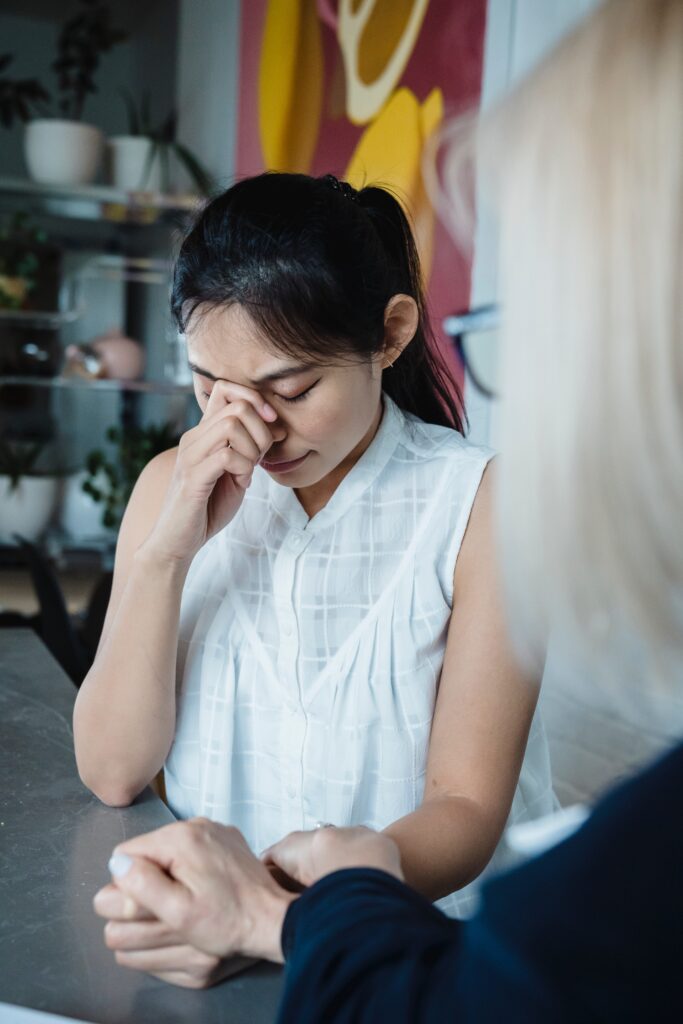 What qualifies as a wrongful death?

Such a tragedy can happen in a variety of ways, from being killed in a car wreck or in an industrial accident on the job, to suffering death due to a defective drug, defective medical device or medical malpractice. Deaths also can be caused by a drunk driver or maybe the result of murder or negligent manslaughter.

The bottom line is that plaintiffs must prove that a defendant caused the fatality due to their own negligence, misconduct, recklessness or intentional act.

As for how to file such a wrongful death lawsuit, the first and most important step is to engage an experienced, knowledgeable and skilled wrongful death attorney for your case. The Willis Law Firm can provide such a lawyer who can fight for your legal right as an American to claim economic compensation for a death caused by others. A lawsuit over a wrongful death is a civil court action that may exist separately from a criminal charge for the same fatality. A criminal court will determine if the defendant should be punished with fines or prison terms. A civil court will determine if the defendant should pay compensation to the survivors, and how much.

Among those permitted to file a wrongful death lawsuit are the immediate family’s survivors noted above — namely, a spouse, minor children, adopted or adult children or parents. Parents of a deceased individual who was over 18 years of age still can seek financial compensation for the demise of that grown child. In some states, the siblings of the deceased can also file wrongful death claims for their loss of their brother or sister. Any and all of these people can press such a lawsuit, and they can file individual claims or joint claims, depending on their preference.

In some states, if the surviving spouse or none of these immediate family members file a wrongful death claim within three months of the date of decedent’s death, an executor may file a claim on behalf of the decedent’s estate. However, any family member or representative of the minor children who is eligible to file a claim can block the estate from filing one.

What can beneficiaries expect from a wrongful death attorney?

As for what beneficiaries in a wrongful death claim can expect from their attorney or lawyer, besides filing a lawsuit, most likely their legal representative will quickly launch an investigation into the case, independently of police or other authorities. Your wrongful death lawyer also can communicate with defendants’ legal representatives and likely with their insurance company. Usually, in these cases, it’s the insurance company of a driver, physician, manufacturer or other person accused of a fatality who must pay wrongful death beneficiaries, if the case is resolved in the plaintiffs’ favor. Individuals don’t tend to have the money to benefit or compensate victims for their negligence or misdeeds upon losing in such a death lawsuit, especially when the award may be $1 million or more. Insurance companies do tend to have such funds and, under the terms of their policy with their client, may be obligated to pay them.

Possible beneficiaries in a lawsuit for wrongful death should not hesitate to act. Their attorney will need to proceed quickly in gathering evidence soon after a death occurs. And as noted, statutes of limitations may not allow long delays in filing such a lawsuit.

The Willis Law Firm advises you and your family to contact us and get a personal representative in the form of an experienced wrongful death attorney or personal injury lawyer. You need someone who’s determined to create an attorney-client relationship and will fight for your legal right to claim the maximum payments to which you’re entitled in a wrongful death case.

David Willis is a board certified personal injury trial lawyer. He has achieved superb results for his clients and will put in the same effort for you. Contact us today for a free and confidential consultation for your case, and let’s get started.